Also known as Persian or florist’s cyclamen, Cyclamen persicum are commonly grown as potted color, placed into decorative containers or baskets for indoor decoration – but they also grow well in covered outdoor environments like balconies and patios.

Most often grown in pots indoors, cyclamen like plenty of natural light. Put in a well-lit, cool but draught- free spot – preferably with an hour or two of sunlight each morning, although no strong sunlight. This also applies to plants on patios, decks and verandahs.

They are sensitive to rot, so the aim is to wet the soil, not the flowers or foliage. There are two ways of doing this: either water carefully with a long- spout watering can or when required, place the pot on a saucer and let it soak the water up from the base. Do not over-water as they often3benefit from a short dry spell.

The plants dislike being in hot, stuffy rooms, so take your indoor cyclamen outside at night 4to a well-ventilated area.

During summer, most species are dormant. To keep your potted plants for next year, move them outside to a shady spot in the garden with the pots placed on their sides to avoid rot. When they start to show signs of new growth in late summer you can5replant them into new pots.

Cyclamen don’t require a lot of feeding but to keep them flowering for as long as possible, give them an occasional feed with a soluble fertilizer.

A cyclamen plant will usually complete its initial blooming cycle (during which you presumably purchased it) in March or thereabouts. At this point you can either compost it or try one of a few methods to keep it going. Though cyclamen probably won’t enjoy being a summer houseplant, try growing them in a greenhouse, where glass will provide cooler nights. You can also put them outside during summer and early fall, then bring them back inside where they might bloom again. 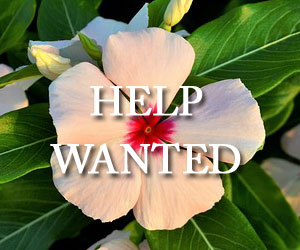